In this blog I am discussing a conversation I had with a stranger on YouTube. It could have been a friend or a person on the street. It seems to be a common theme in the discussion between Atheism and Christianity.

You said your eyes had been opened, that you can’t believe? That God is abusive and a punisher of human-kind?
I don’t see eternal separation as abusive, let me try to explain. Christianity is about a relationship with Jesus Christ, the Son of God. It is God reaching out like in the story of the Prodigal Son, standing with open arms to anyone who accept the free gift of salvation and returning home. However, if you choose not to be in that relationship you are left freely to the path of going alone. God doesn’t punish you in the sense many are making. It’s abusive to take your kids, lock them in a room as an attempt to protect them from the outside world. God is letting you live freely. As Paul states in the Bible “Everything is permissible for me–but not everything is beneficial.” If you don’t have faith in your girlfriend or wife, things will not work out. You won’t be able to have a healthy relationship and you must talk or go separate ways. Would you much rather have God forcing you into heaven even when you don’t believe in him, or have hopes and desires to be in his loving presence?

You said why not other religions – it’s all the same?
I would say that Muslims, Hindus and Buddhist’s have such a fundamentally different view of God that it doesn’t fulfill the existential longing we have. In Buddhism everything is an illusion and the purpose is to not exist. Escaping all emotions. I don’t see my hearts longing being anything fulfilled in that. Only the love of Christ can do that. As Jesus said “Because I Live, Ye Shall Live Also”. I won’t go over Hinduism and Islam, but if you wish to discuss that we could do so. Let me name Ravi Zacharias if you would like an intellectual answer to your question. The key issue at hand is for other religions to have man live up to certain expectations to be rewarded. Uncertainty if God is merciful of your life. The good news of the Bible is that God so loved the world that he gave his one and only Son, that whoever believes in him shall not perish but have eternal life. To sum it up, our hearts desires is to live. We are desperately longing for something life here on earth cannot give. As Lewis states, it’s because we were made for another world. We are like fish on land grasping to be in our right environment to escape the self-consciousness of despair.

Why do I believe in Christianity you say?
I gave the reasons of my heart. Together with my heart’s longing I believe in the arguments for God’s existence. I cannot imagine how the world with all it’s beauty and complexity got into existence from a ‘dead-cause’. I see design in everything, from the atom to the beauty of every human being. The first cause of the universe must have been an intelligent mind, as we intuitively know to be true. I’m constantly struck by amazement and wonder of the reality of God. Existence is extraordinary for the lack of better words. If you see a building you would question who the designer were. I’m simply asking the same question for the Universe. Try to imagine the universe as a computer code – who wrote that? If someone said that the code for Facebook simply wrote itself one day on a left computer, you would say ”prove that to me!”. Atheists are yelling for arguments and proof for the existence of God when everything is so clear. Try and read Romans 1 – here’s a short quote of the tragedy it reveals: ”The wrath of God is being revealed from heaven against all the godlessness and wickedness of people, who suppress the truth by their wickedness, 19 since what may be known about God is plain to them, because God has made it plain to them. 20 For since the creation of the world God’s invisible qualities—his eternal power and divine nature—have been clearly seen, being understood from what has been made, so that people are without excuse.”

You say that all freedom is lost as a Christian, having a relationship with God? That Atheism makes you free?
For me Atheism is the exact opposite of freedom. It would be torture for me. I would have no answers to life’s origin, meaning, morality and my destiny. I would be walking in the dark, afraid, lonely, in hopelessness. Let’s imagine that you can make a reasonable case for both Theism and Atheism – I would pick Theism any day and have my spirit renewed by a life in faith, hope and love. So I see no reason to be an Atheist. To live in the chains and bondage of despair, of the separation from love itself. Our Creator, our Savior, Jesus Christ.

If you have any questions or if there is something that is questionable that I said, please let me know. Let’s not separate but build bridges. I also welcome you to share your own experiences and analogies that would expand the view and understanding of this reality.

3 Replies to “Open My Eyes Lord”

This site uses Akismet to reduce spam. Learn how your comment data is processed. 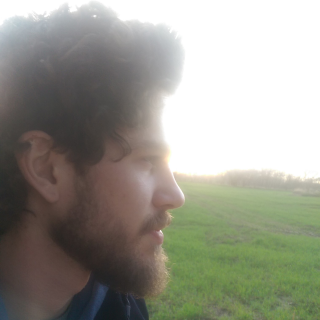 My name is Mathias Møller Nielsen. I was born and raised in Denmark where I am studying a Bachelor’s Degree in Diakonos & Social Pedagogy. I am very interested in the Big Questions of life; ”Who are we? Where do we come from? What is the meaning of all?” – that inspires me to do poetry-like writings and pieces of art in my own personal relationship with our Creator.